Good results for GOYA in Alimentaria 2018

More business, innovation and gastronomy, three pillars that were consolidated in the latest edition of Alimentaria and Hostelco, an international promotion platform to present products and open new markets by the exhibiting companies.

More than 140 activities of this edition have been aimed at enhancing the connections between the food, gastronomic and tourism industries. The Hostelco Experience and The Alimentaria Experience have brought together 35 chefs and 45 Michelin stars, and by Vinorum Think, Cocktail Art, Olive Oil Bar, The Hostelco Live Hotel and The Hostelco Coffee Area have passed the leading international experts in wines, spirits, oils and coffee, respectively. In total more than 21,500 congressmen and assistants have participated in the set of gastronomic activities. 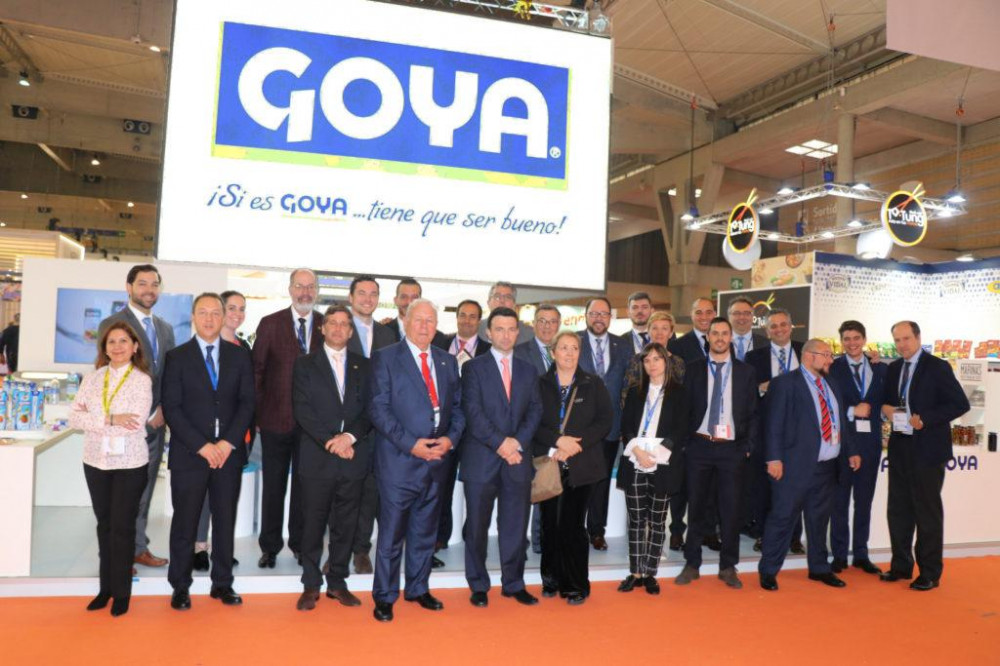 And in this macro event GOYA has been present, and has done it once again with the strength of a large multinational that breathes more than 8 decades in the market, in that round-trip story of Don Prudencio Unanue, its founder.

A large stand open on its 4 sides, which could not go unnoticed by visitors, with all the GOYA news from every corner, and a world map of products that confirms that GOYA is a world … a brand.

Exposed products to know and even touch; from the wide range of beans or beans, through the grains that combined with the Superfoods, the juices of exotic fruits, sweets, biscuits, Mexican products or the best olive oils, olives, etc. So many products that allowed a tour with taste, sight and taste for different countries, thanks to the tastings that were offered in the four days from start to finish. There was no lack of authentic GOYA Coconut Water that was not long in the great and central bar that seemed the oasis of flavors.

Fernando Desa, executive chef and development manager of the multinational, traveled to Barcelona to cook and teach in his show cooking how easy and delicious it is to cook with GOYA. 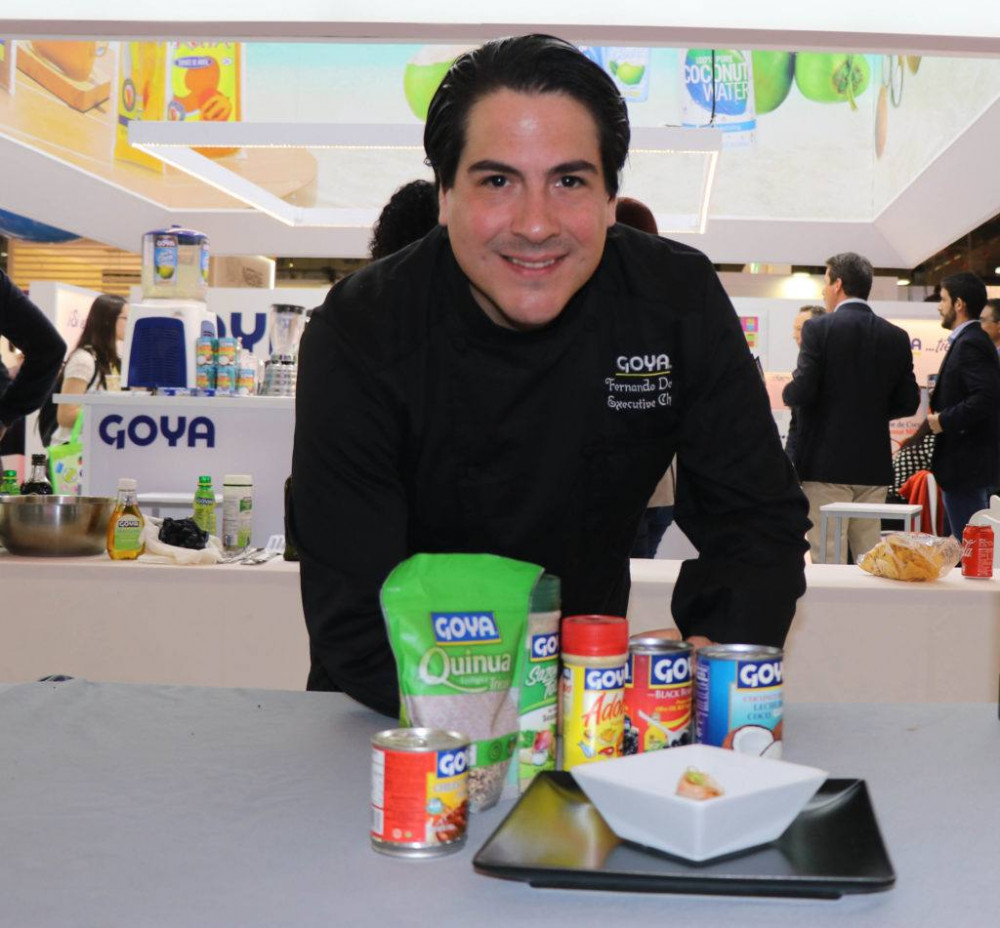 The Alimentaria Barcelona fair has been outlined in this latest edition as a fair clearly focused on the international market, as it has counted with the presence of buyers from more than 50 countries. From the export department of GOYA Europe we are satisfied with the results obtained, having held more than 100 meetings at the fair that will allow further development of the Asian and African markets; as well as strengthening the presence of the GOYA brand throughout Europe. 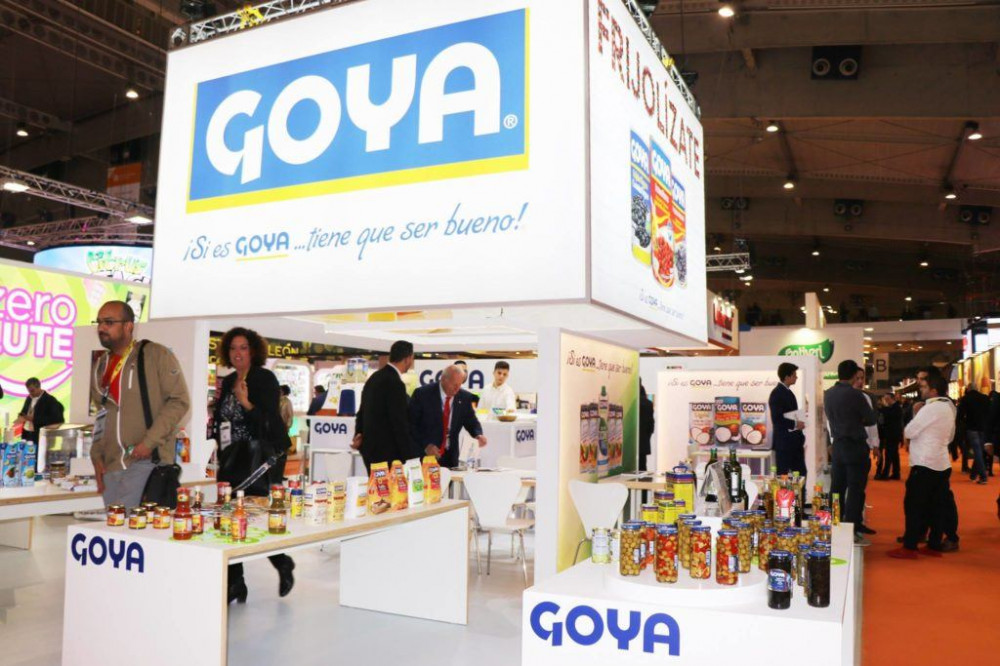 For the Unanue family it is important to convey the high quality offered by their products, an added feature in which more than 3,500 employees work around the world every day with a high degree of commitment and dedication, because when one of the GOYA products enters into a home does it to satisfy the consumer.

In Alimentaria we still want to «Frijolizarte», making known that you can eat healthy at any time of the year thanks to the nutritional power of a bean, if the bean of all life. This campaign continues in Alimentaria with the same success as the last editions of Madridfusión or Anuga.

Many were the reasons for celebration and achievements for GOYA, adding the company recognition by the Iberolium Guide in its presentation to GOYA Organics Olive Oil as the best coupage in Spain. 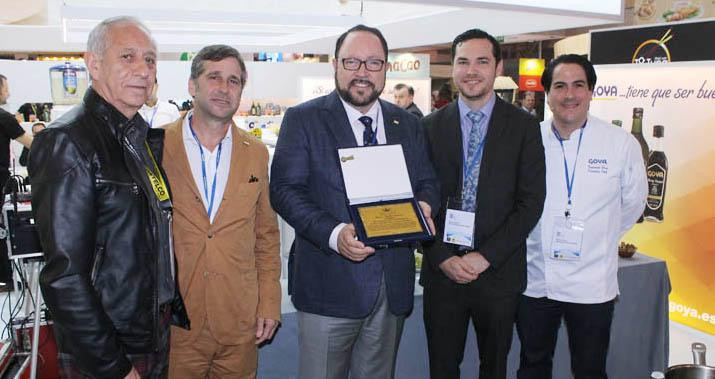 It has also been very gratifying to receive from the Italian Parliament another recognition of the work of GOYA EUROPA, which received the Special Prize, INTERNATIONAL EXCELLENCE LUSSO E GUSTO, beyond the Frontiers of Taste for having exported QUALITY AND EXCELLENCE, a prize received in Italy by Don Edwin Saravia, administrator of the Latino Market, which is the official distributor of GOYA in Italy and which, within the framework of Alimentaria, was delivered to the members of the Unanue family.

GOYA is already preparing for Alimentaria 2020 with growth and expansion, while supporting the tradition of eating as a family with a healthy diet for children and adults. In addition, contributing to the creation and fusion of avant-garde cuisine without leaving the tradition of good flavors Under the motto If it is GOYA … It has to be good!

-Founded by Prudencio Unanue, a Spanish emigrant in the American continent, the firm has been bringing products of true Latin American and Caribbean flavor to the tables of families with the most demanding palate since 1936.

BRASILCAIPFEST 2018 IS CELEBRATED IN SPAIN AND GOY...

GOYA FOODS® will be present at Alimentaria 2018

GOYA collaborates with the expansion of Latin Amer...